Richard (left) and Ronald (right) Herrick at the annual meeting of the Mended Hearts Club in Boston, June 4, 1965, "The Fight for Life" By Joseph E. Murray, Harvard Medicine

"We consulted with experienced physicians within and outside of the Brigham, clergy of all denominations, and legal counsel before offering the option of transplantation. The team met several times with the family to describe in detail what was involved for Ronald and Richard. We advised neither for nor against the operation, and we stated the obvious: We could not know if it would work." ​​​​​​​
~ Joseph E. Murray "The Fight for Life"

Identical twins Richard and Ronald Herrick were born on June 15, 1931 in Shrewsbury, Massachusetts. They were best friends,  and according to their sister Virginia, “Ron was serious and Richard was always smiling,” and “The twins loved the farm. Ron was, at heart, a farmer. He loved every aspect of farming, even the haying,”. In 1949, both went into the military with Ronald in the Army and Richard in the Coast Guard. 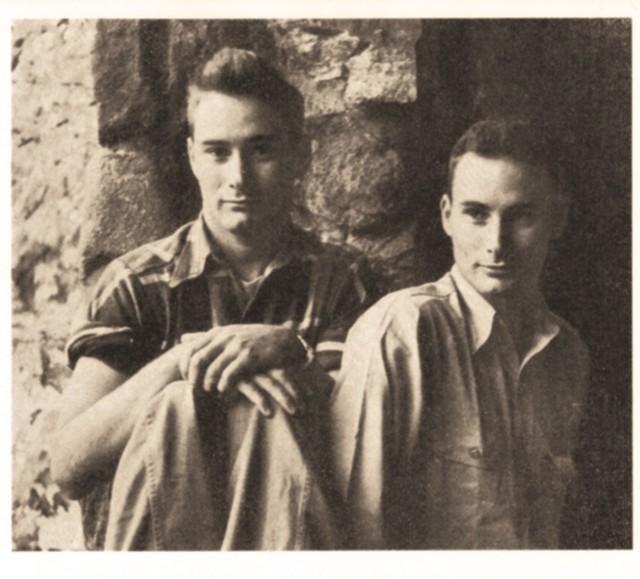 Richard and Ronald Herrick, The Landmark

​​​​​​​​​​"We are now faced with a situation (in the recipient) in which the immediate prognosis is certain. The advent of congestive heart failure (CHF) makes it imperative that we decide whether to attempt a homograft [an inexact term that eventually was more precisely referred to as an 'isograft'] taken from his identical twin. The hypertension and CHF make this more difficult and the prognosis uncertain even if the graft functions well. If it does, and hypertension remains, removal of the diseased kidney is indicated."

At just 23 years old, the Herricks were faced with a dilemma. They later discovered that Richard had high blood pressure, also known as Renal Hypertension, which is a symptom of chronic nephritis; a life-threatening inflammation of the kidneys causing improperly filtered blood. This caused erratic behavior from Richard, making him difficult to work with. He was sent to the Peter Bent Brigham Hospital in October 1954, where Ronald volunteered to donate one of his kidneys to Richard.

The mere idea of Ronald losing his best friend was unbearable, but was it worth the risk?

"When it became clear that Richard would die without one of my kidneys, I did some serious soul-searching. I mean, here I was, 23 years old, young and healthy, and they were going to cut me open and take out one of my organs. It was shocking to consider the idea. I felt a real conflict in emotions. Of course I wanted to help my brother, but the only operation I'd ever had before was an appendectomy, and I hadn't much liked that."

~Ronald Herrick, "Surgery of the Soul: Reflections on a Curious Career" 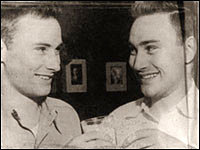 "Once Ronald had made up his mind, there was no turning back. Unbeknownst to us, it was Richard who was having second thoughts. He wrote an urgent note to Ronald on the eve of the operation: 'Get out of here and go home,' it said. But Ronald would not be swayed, and in a return not he told Richard, 'I am here and I am going to stay.' With that, we entered uncharted territory."

~Joseph E. Murray, 2001, "Surgery of the Soul: Reflections on a Curious Career"